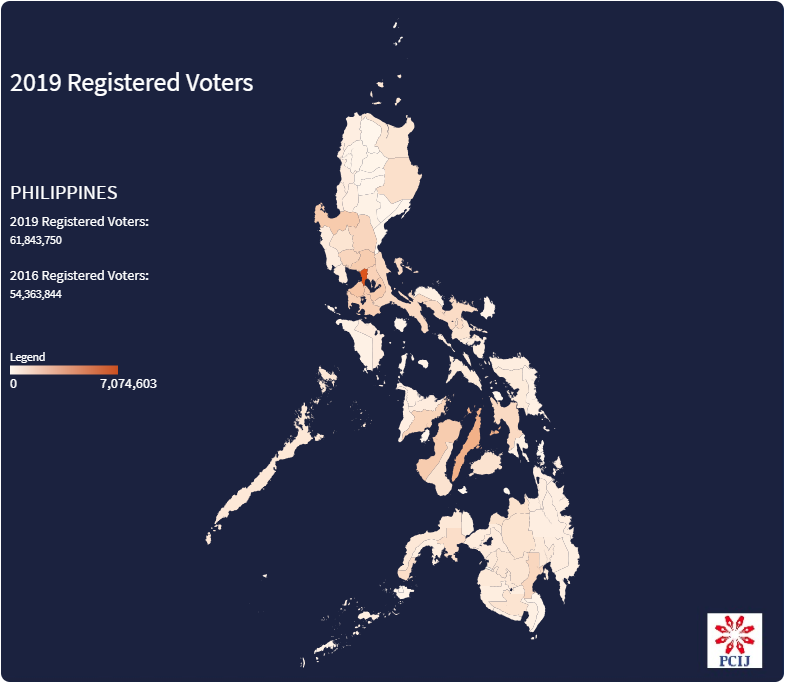 2 worlds, 2 realities? They rank high
in surveys, but not on social media

by Philippine Center for Investigative Journalism

IT’S ALREADY a given how Filipinos are such big users of social media, especially Facebook. Last February, PCIJ conducted a social-media audit of what some senatorial candidates in the May 13, 2019 midterm polls were doing online during the pre-campaign period and found that they regarded these as a ‘promotional touchpoint”.This hasn’t changed much, based […]

Pol ads of Roxas, 6 Hugpong bets
near breach of spending caps in law

Front-runners, cliff-hangers, or tail-enders, candidates for senator who come from political clans with deep pockets or rich backers have dominated the air war for votes. The top seven spenders have chalked up adspend valued at PhP2.28 billion, by the published rate cards of media. This is 60 percent of the total PhP3.77-billion adspend bill that […]

Inside a Chinese gambling entity:
What happens, who works, how?

by * Alvin A. Camba, Contributor/Fellow, Philippine Center for Investigative Journalism

In the bustling offshore gambling industry in the Philippines today, a conservative estimate of 100,000 people work. About 90 percent of them are mainland Chinese. In this interview, a Chinese customer service worker talks about how and why they came to the Philippines; their living and working conditions; incidents of misbehavior; and how the shops […]

by Alvin A. Camba, Contributor/Fellow, Philippine Center for Investigative Journalism

The biggest recipient of Chinese foreign direct investments in the Philippines these days is the online or offshore gambling industry. Since Duterte assumed the presidency, real-estate companies, tours, hotels, and entertainment, as well as services across Metro Manila, Cebu, and the major cities have drawn the bulk of Chinese FDIs, after wholesale and retail. THE […]

by *Alvin A. Camba and **Stella Hong Zhang

WHEN PROVIDING Official Development Assistance or ODA, Western donors typically require the recipient states to adhere to international political norms, such as the ratification of human rights, fiscal austerity, bank secrecy laws, and environmental standards. For the World Bank or Asian Development Bank, these include the implementation of market-based mechanisms, macroeconomic reforms, and removal of […]

Justice and Rule of Law

From the PCIJ Blog