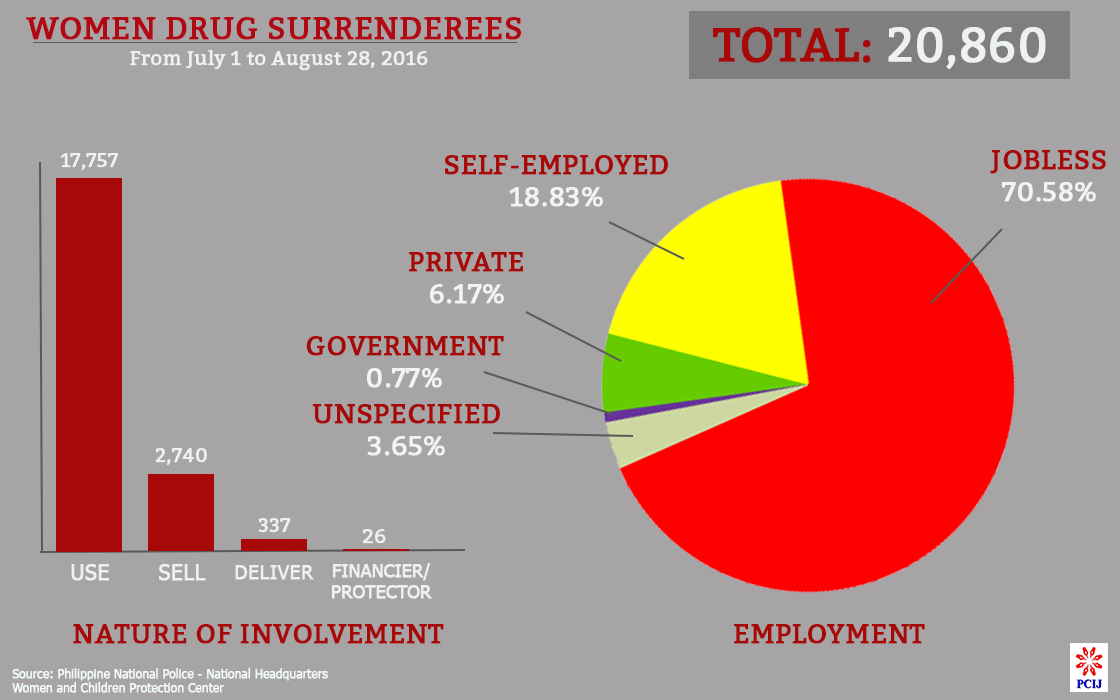 THE PINK BLOTTER of the Women and Children Desk that should exist in every police station tells not only the story of children in conflict with the law, but also of the women, lesbians, and bisexuals linked to alleged violations of the law.

From July 1 to Aug. 28, 2016, data from the Philippine National Police (PNP) showed that a total of 20,860 women had “surrendered” to the PNP on account of the Duterte administration’s war on drugs. This number is apart from the 20,584 minors who also reportedly surrendered to local police offices, during the same period.

It is in the PNP’s pink blotter that the story of the women and the children who have been dragged in the drug war can be found.

The rest of the regions follows:

More than 70 percent of the women were listed to be jobless; 3,928 or 18.83 percent were self-employed; and 1,288 or 6.17 were working in the private sector. Another 161 surrenderees said they were government workers, making 0.77 percent of the total.

It was the first time for over half or 11,220 of the women to be enrolled in the PNP’s pink blotter on account of their surrender. The rest, 1,745 or 8.37 percent, were repeat offenders.

For some reason, however, 42 other women surrenderees were not included in the gender classification.— PCIJ, September 2016