IF THE push for federalism is at core a variant of decentralization, the nation’s experience with the Local Government Code that passed in 1991 is an object lesson.

Dr. Rosario G. Manasan, a senior research fellow at the Philippine Institute for Development Studies (PIDS), has raised timely reminders about the billions of pesos that the project could entail, and why federalism cannot be reduced to a simple sharing of revenues, without taking stock of the expenditure requirements and the political context in each of the proposed federal regions. 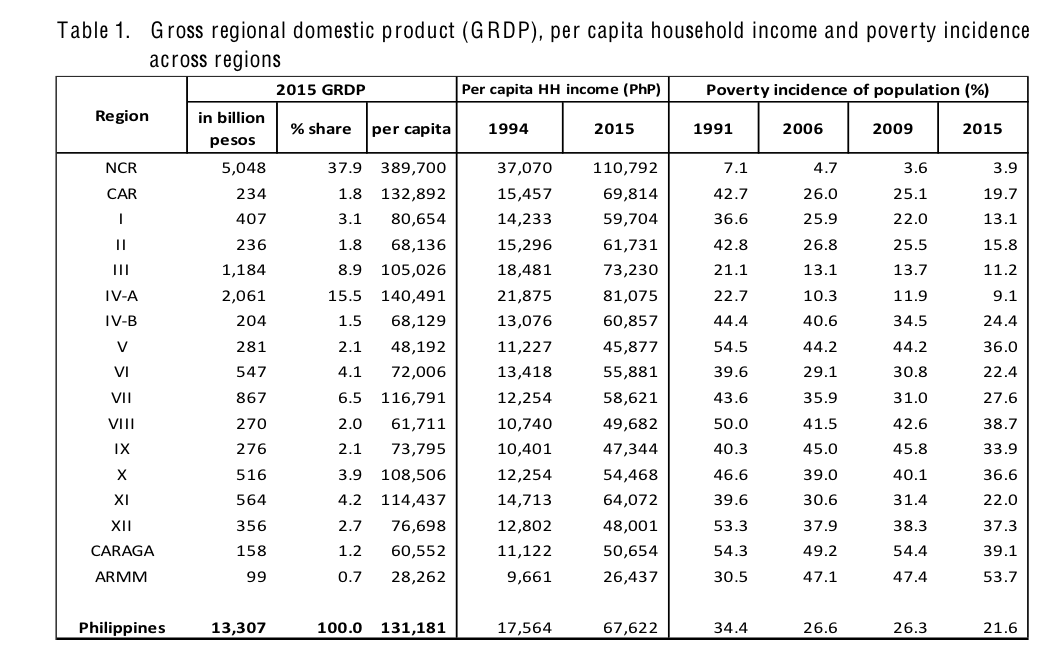 In a December 2017 discussion paper, Manasan stresses that “revenue autonomy” and “expenditure responsibilities,” plus “the right incentives for local accountability,” are the key parts of the equation for federalism to work.

In short, what the regions would get may still end up not enough for what they would need, or even guarantee that they would spend the monies right.

“Oftentimes,” Manasan says, “the guidance provided by economic efficiency, equity, and administrative feasibility considerations are not consistent with each other.” 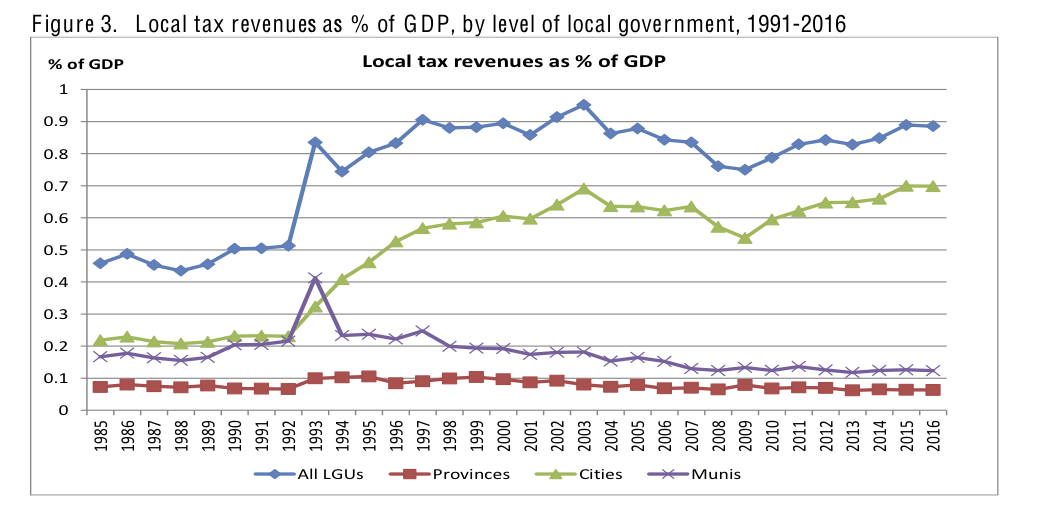 Simply giving more money to the poor regions will not turn federalism into a miracle cure. According to Manasan, after the Local Government Code passed, “because of the higher LGU share in national internal revenue taxes… the IRA (internal revenue allotment) rose from 0.5 percent of GDP in 1985-1991 to 2.2 percent of GDP in 1992-2016 and the contribution of the IRA to total LGU income of all LGUs combined went up from 35 percent to 64 percent.” 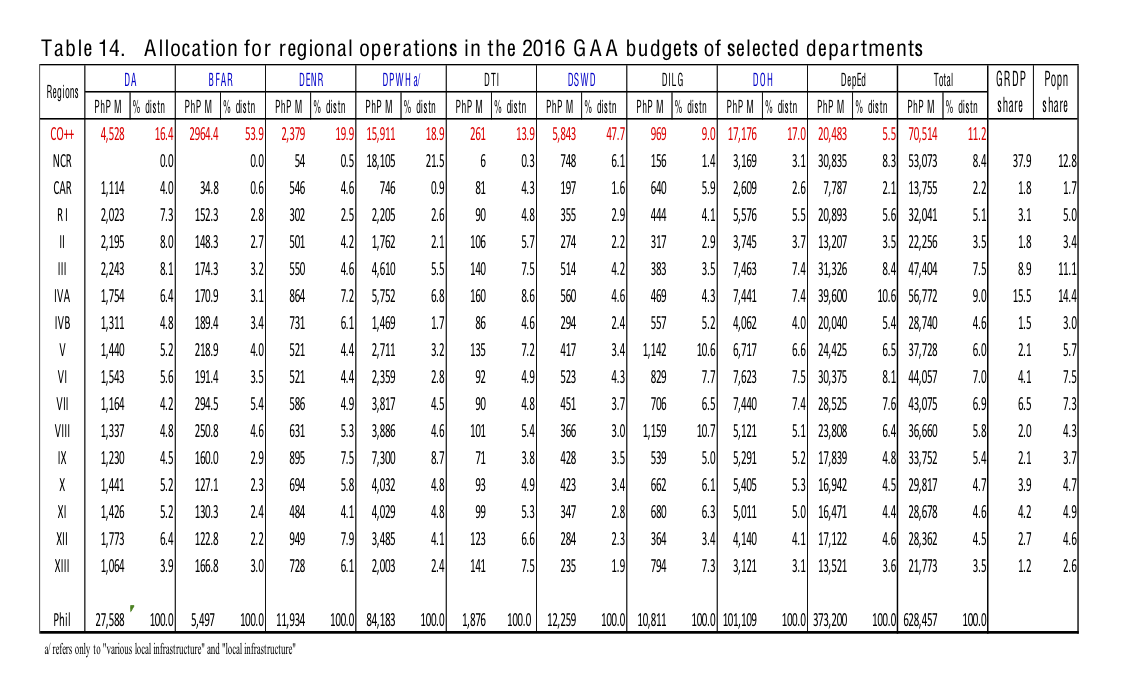 Ronald Holmes, political science professor of De La Salle University and president of PulseAsia Research Inc. raises similar concerns. Under a federal system of government, “you will have created several federal departments but the question is what would be the cost in terms of (fund) transfers, and will it be in the capacity of LGUs to absorb?”

He recalls as well that in 1991, with the Local Government Code’s mandate, the Department of Health devolved health facilities and services to LGUs but that most of latter only faced serious challenges to fulfilling their obligations.

“Under federalism, the departments will be split 11- or 17-ways. Would that be more efficient or more burdensome?” Holmes asks. The immediate burden will likely fall on the shoulders of the federated regions but “what will be the resources that will be given to support absorbed personnel?”

” My main view is rather than shift to federalism, the best way is really to just review the Local Government Code, see what revisions that can be affected so that you get a better share of national income given to LGUs,” he adds.

By the 17-regions-plus-Negros-Island-Region model of the federalism (now “16 plus 2” in the draft charter of the Consultative Committee), Manasan estimates that “the incremental fiscal cost of setting up a federal form of government range from PhP44 billion to PhP51 billion.”

Even more worrisome, she adds, “the estimates of the incremental fiscal cost vary from PhP53 billion to PhP60 billion under Senator (Aquilino) Nene Pimentel’s proposal. In comparison, the estimates vary from PhP66 billion to PhP72 billion if the number of regional government legislators proposed in the BBL (Bangsamoro Basic Law) were adopted in all the regions. Needless to say, these estimates will rise if the number of regions is increased.” Manasan’s paper, “Designing the Fiscal Features of a Federal Form of Government: Autonomy, Accountability, and Equity Considerations”, cites as well “political economy literature” that notes the “pre-conditions for success in adopting federal form of government”:

• “Reform of the party system so as to institutionalized strong political parties with ‘coherent ideological programs and policy platforms and internal organizational discipline’;
• “Government budget support of political parties is also indicated; and
• “The lowering, if not the outright elimination of the high barrier to entry in the political arena, including presence of political dynasties.”