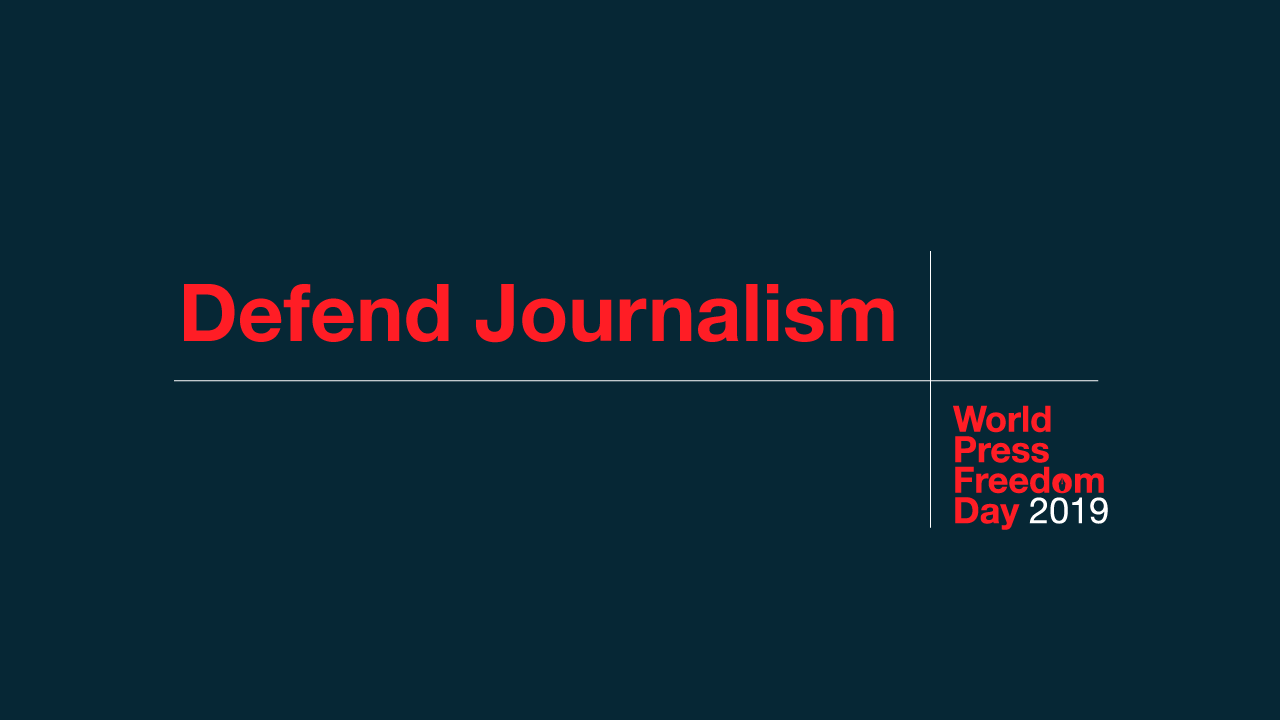 IT HAS just a little more than a year before its five-year term ends, but Myanmar’s ruling National League of Democracy (NLD) still has a lot of promises left unfulfilled. Among these are reforming the country’s media and ensuring freedom of the press and freedom of expression – but no one now believes NLD will ever make good on those.

It’s easy to see why. A local rights group, Athan, says that in 2018 alone, 12 journalists were sued and prosecuted for allegedly violating some of Myanmar’s most controversial laws. There were also 53 prosecutions and lawsuits under the Telecommunications Law, as well as 36 prosecutions against 124 activists under the Peaceful Assembly and Peaceful Procession Law in 2018. In fact, Athan says, since NLD won a landslide victory in the 2015 polls, 44 journalists have been charged under various laws; cases filed using the Telecommunications Law, meanwhile, have reached 179 so far.

Athan’s founder Maung Saung Kha was himself arrested in 2015 under the Telecommunications Law’s controversial Article 66 (D). He had posted a poem he had written about an unnamed leader on social media, and apparently the verse did not sit well with authorities.
“I felt bad because I was arrested for writing a poem,” he told The Irrawaddy magazine last December, after it was announced he had received the Human Rights Tulip Award from the Dutch Ministry of Foreign Affairs. “It’s partly because I am now seriously involved in promoting freedom of expression as I don’t want others to see a fate like mine.”

He has chosen an important advocacy, but it is one that is difficult to carry out in Myanmar. Indeed, while publications no longer have to submit their stories and issues to a government body for ‘pre-censorship’ or approval, media outfits have taken to self-censorship as a measure to protect themselves from reprisal from authorities and sometimes from members of the public themselves.

Currently, it is very sensitive to report on — much less criticize — NLD government policies and its leader Daw Aung San Suu Kyi, the military, and even regional governments. It has also become risky for journalists to have members of the Rohingya ethnic minority as sources or even use the word ‘Rohingya’ in their reports. Covering current conflicts occurring in Rakhine State has become next to impossible as well. In addition, the military has taken to dictating to journalists what to call ethnic armed forces, forbidding, for instance, the use of ‘Arakan Army’, which is the formal name of one of the groups, and instead calling it ‘AA rebel group’ in media reports.

“A journalist in Myanmar can get arrested anytime,” Athan’s Maung Saung Kha told the Australian Broadcast Channel (ABC) in an interview. “It’s getting worse than (under the) previous state.”

Myanmar has a Media Law, which was enacted in 2014, and a Press Council that is supposed to resolve misunderstandings between media personnel and respective opponents. But Free Expression Myanmar (FEM) says that the Media Law covers only a small part of rights such as media freedom and freedom of expression. It notes that the law does not even say anything about protecting journalists or their sources from violence, or even protecting the anonymity of media sources. The law is also riddled with vague directives and regulations, making it easy for rights to be ignored altogether.

But journalists and even rights activists are especially wary of Section 66(D) of the Telecommunications Law, which was passed in 2013. Before it was amended in 2017, the dreaded section allowed the enforcement of criminal penalties of up to three years in prison for “extortion of any person, coercion, unlawful restrictions, defamation, interfering, undue influence, or intimidation using a telecommunications network”. Today the law still criminalizes defamation, which carries a punishment of up to two years in prison or a fine of up to one million kyat (US$657), or both.

For the last two years, online news site Myanmar Now editor Ko Swe Win has been travelling from Yangon, where he lives and works, to Mandalay, where he has to attend court hearings on a defamation case filed against him under Section 66 (D). The case had been filed in March 2017 by a Mandalay-based supporter of ultranationalist monk U Wirathu, who was criticized in a Myanmar Now article for praising the killer of a Muslim lawyer. According to the article, U Wirathu, who is notorious for propagating ‘hate speech’, had essentially earned for himself an expulsion from monkhood for his support of the lawyer’s killer.

Ko Swe Win shared the piece on his Facebook account, prompting the monk’s follower to sue him. While Ko Swe Win remains defiant, saying he has broken no laws, the case has meant he has to set aside a huge chunk of time, money, and energy to attend the hearings. (The trip to Mandalay and back can take as much as 16 hours; he has estimated that he spends the equivalent of more than US$300 per trip. So far, Ko Swe Win has made some 50 roundtrips for the hearings.) Calls by civil-society organizations for the charges to be dropped have gone unheeded.

The latest lawsuit using Section 66(D) was filed in early April 2019. Lieutenant Colonel Lin Tun of the Yangon Region Command filed suit against movie director U Min Htin Ko Ko Gyi, who has been a very vocal critic of the Myanmar military. As of this writing, however, no other detail has come out regarding why the military officer is suing the film director.

More alarming use of laws against journalists

Laws that have questionable clauses that can be used against free speech and freedom of the press include the 1996 Television and Video Act, the 1996 Computer Science Development Act, the 2002 Wide Area Network Order, and the 2004 Electronics Transactions Law. The international rights monitor Human Rights Watch has also listed laws such as the Penal Code, Unlawful Associations Act, Official Secrets Act, and the new Law Protecting Privacy and Security of Citizens as among the favourite tools of authorities to prosecute speech.

Violation of the Official Secrets Act, for instance, was the alleged offence committed by the Reuters reporters Wa Lone and Kyaw Soe Oo who were arrested in December 2017; each has since been sentenced to seven years in prison, with hard labour. They had been working on a story on the Rohingya and were arrested when they were handed documents by two officers at a restaurant in Yangon.

The Yangon Regional Government meanwhile used legal section 505 (b), a colonial-era law, to have Eleven Media executive editors Kyaw Zaw Lin and Nayi Min and chief reporter Phyo Wai Win taken into custody by the police in October 2018 for a Weekly Eleven story that allegedly had “incorrect information” that could “alarm” the public. Section 505 (b) prohibits the publication of anything that can cause “fear or alarm” or disturb public peace.

The story was actually on the Yangon bus network and the budget allotted for it. The questions raised by the piece were based on facts and figures that had already been mentioned in a Yangon Regional parliament meeting.

The three Eleven Media journalists spent about a week in the infamous Insein Prison and were released only after Myanmar President Win Myint issued a directive ordering the Yangon Regional Government to let the Press Council handle its complaint instead.

Eventually, the journalists had to apologize publicly, even though the Weekly Eleven story had been done by the book.

Just this February, a court ruled against the chief editor of the weekly Thanintharyi Journal in a defamation case, and fined him 500,000 kyat (US$329). A Thanintharyi regional government deputy director had filed the lawsuit, saying that a satirical piece run by the publication in November 2017 had damaged the reputation of officials of the regional government. The chief editor has filed an appeal.

Also early this year, the executive director, editor, and reporter of the weekly Myitkyina Journal in Kachin State found themselves at the receiving end of a defamation lawsuit filed by Ting Sau, managing director of the Tha Khin Sit Mining Company. According to Myitkyina Journal Executive Director Brang Mai, Ting Sau sued him and two members of his staff under Section 500 of the Penal Code because of a report on the company’s banana plantation that was run by the weekly on 25 February 2019.

Ting Sau’s lawsuit, however, looks more like a counter-action or response to an earlier court case filed by the weekly’s journalists against the firm’s executive and some employees. The charges against Ting Sau and his staff included assault. A day after Myitkyina Journal ran its story on the company’s plantation, reporters Mun Mun Pan and Koh Ahje had been summoned to Tha Kin Sit, ostensibly because the “boss” wanted to talk to them. Instead, Mun Mun Pan was physically assaulted and slapped across the face with a copy of the journal. Koh Ahje was told to do 100,000 sit-ups, but the young man managed to do only 300. Fortunately for the two reporters, Koh Ahje was able to record the assault on his colleague and call their editor before his phone was taken from him by the company’s employees. The two were able to leave the company’s premises only after the police arrived.

Physical security and safety remain serious concerns for members of Myanmar’s media. This is especially true for those trying to report in areas of conflict. Some have noted that one popular practice in the previous regime has now made a comeback: emailed threats to journalists covering conflicts. Then again, threats are better than outright violence. In Rakhine State in 2018, two journalists on assignment to report on the conflict there were attacked and their equipment, including cameras, destroyed by some villagers.

There is actually a section in the Media Law that says journalists can ask for security support from local authorities in conflict areas. More often than not, however, local authorities are either unaware or unfamiliar with the law and fail to respond to such requests.

Other challenges face journalists reporting on conflicts or in areas with ethnic minorities. For instance, some ethnic groups sometimes try to dictate what journalists can or cannot include in their stories and threaten those who resist. Including the voices of ethnic armed groups in news stories is all the more tricky because it is a crime in Myanmar to have communications with any organization that is officially seen by the government as an illegal one. This has become a conundrum for Myanmar journalists because the country is still going through a peace process with various armed groups in conflict with the state.

The media play a crucial role in conflict and crisis situations in Myanmar. Independent, objective, and professional media can help defuse tension, promote dialogue, and contain conflicts. Ensuring the safety and freedom of the press is essential in a country where ethnic minorities have been fighting the central government for decades.

After spending decades waiting in the wings and building up the people’s expectations, the NLD would do well to go beyond making a former journalist a deputy information minister if it is really serious in implementing reforms in media. Amending, if not repealing, repressive laws is one crucial and assuring step towards nurturing and protecting freedom of expression and freedom of the press. If the government and all stakeholders fail to protect press freedom, efforts towards peace and reconciliation will also fail. – Southeast Asian Press Alliance (SEAPA), May 2019