WILL THE NATION see the return of a virulent war on drugs?

Nine days after he issued a memorandum placing the Philippine Drug Enforcement Agency (PDEA) as the “sole agency” in charge of the drug war, President Rodrigo R. Duterte said at a forum of overseas Filipino workers last Oct. 19: “You have been downgrading the drugs problem. Okay. I ordered the military and the police out of the picture. Lahat. Only PDEA.”

Then again, he added: “Now, the question you will ask is, ‘Would this be… Would this agency, a single one sufficient to meet the challenges of the drug problem? Would there be enough resources for this agency to deal with the problem effectively?’ I don’t know. I don’t know because I myself has distanced.”

Before a reboot of the drug war happens again, let us look at the data, from 1995 to the latest available, on the context of public order, safety, and drugs in the Philippines.

PCIJ’s Data Team curated and organized reports from the Philippine National Police, Philippine Statistics Authority, Bureau of Jail Management and Penology, and Bureau of Corrections, among other official sources, to build this database.

It offers the big picture on how bad the policemen to citizen ratio is; the relentess rise in the crime rate in nearly all the regions of the country; why local jails are, like cans of sardine, dark, packed, and harsh; and a profile of drug abuse patients in rehabilitation facilities, by age, educational background, prior employment, and mode of drug use.

COPS TO CITIZEN RATIO: BELOW PAR
THE PHILIPPINE population has grown by leaps and bounds in the last three decades, and unfortunately, so has the country’s crime rate. More unfortunately, the nation’s police force has been hard-pressed keeping up with these trends, as has the penitentiary system, among others.

The standard police to population ratio mandated by law in this country is 1:500. In 1990, that ratio was at 1:1,127. The following year saw that plunge to 1:696, but since then until 2014, the annual police to population ratio remained below the standard, ranging from 1:630 to 1:746, according to data from the Philippine National Police and the Philippine Statistics Authority. 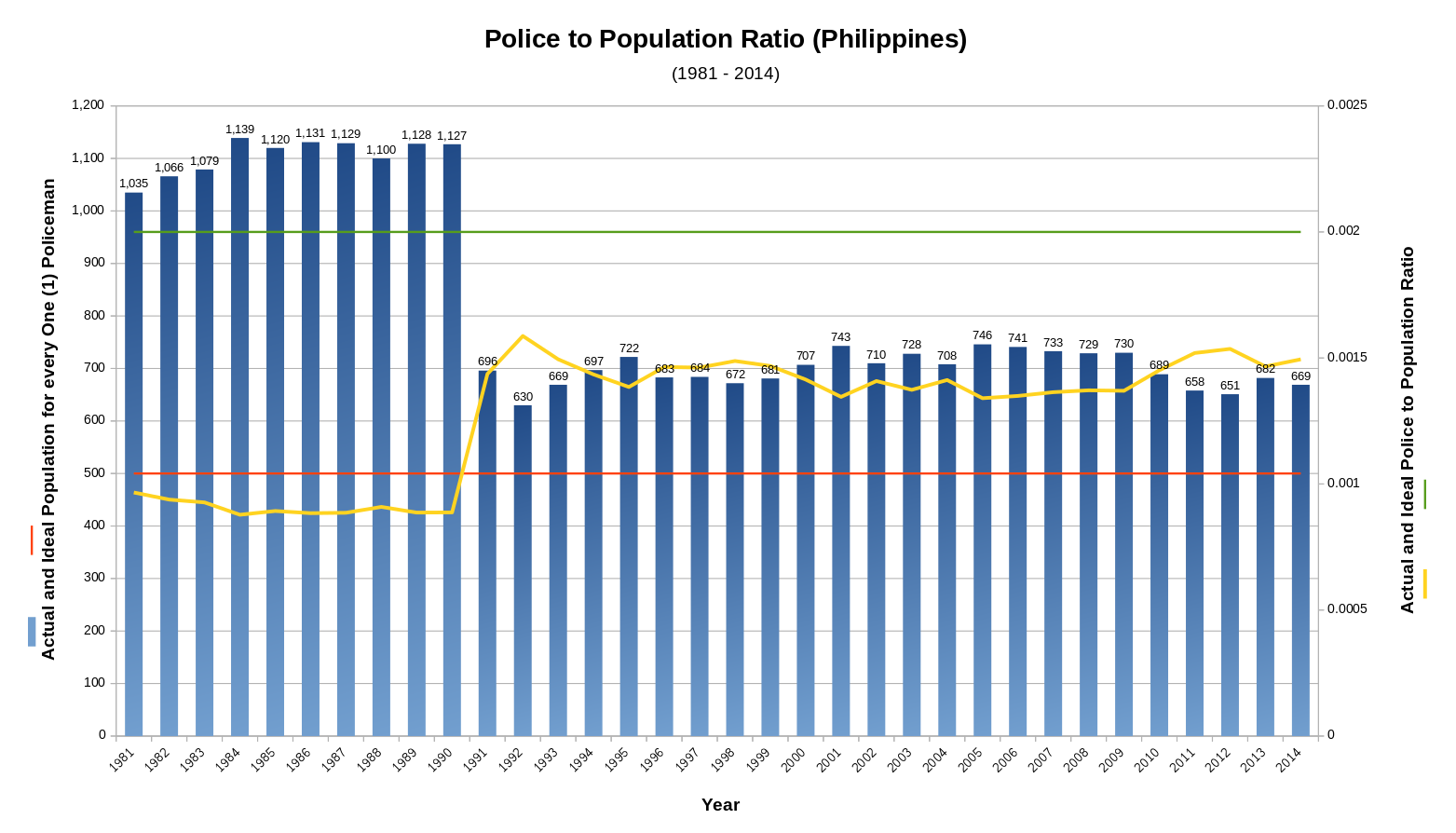 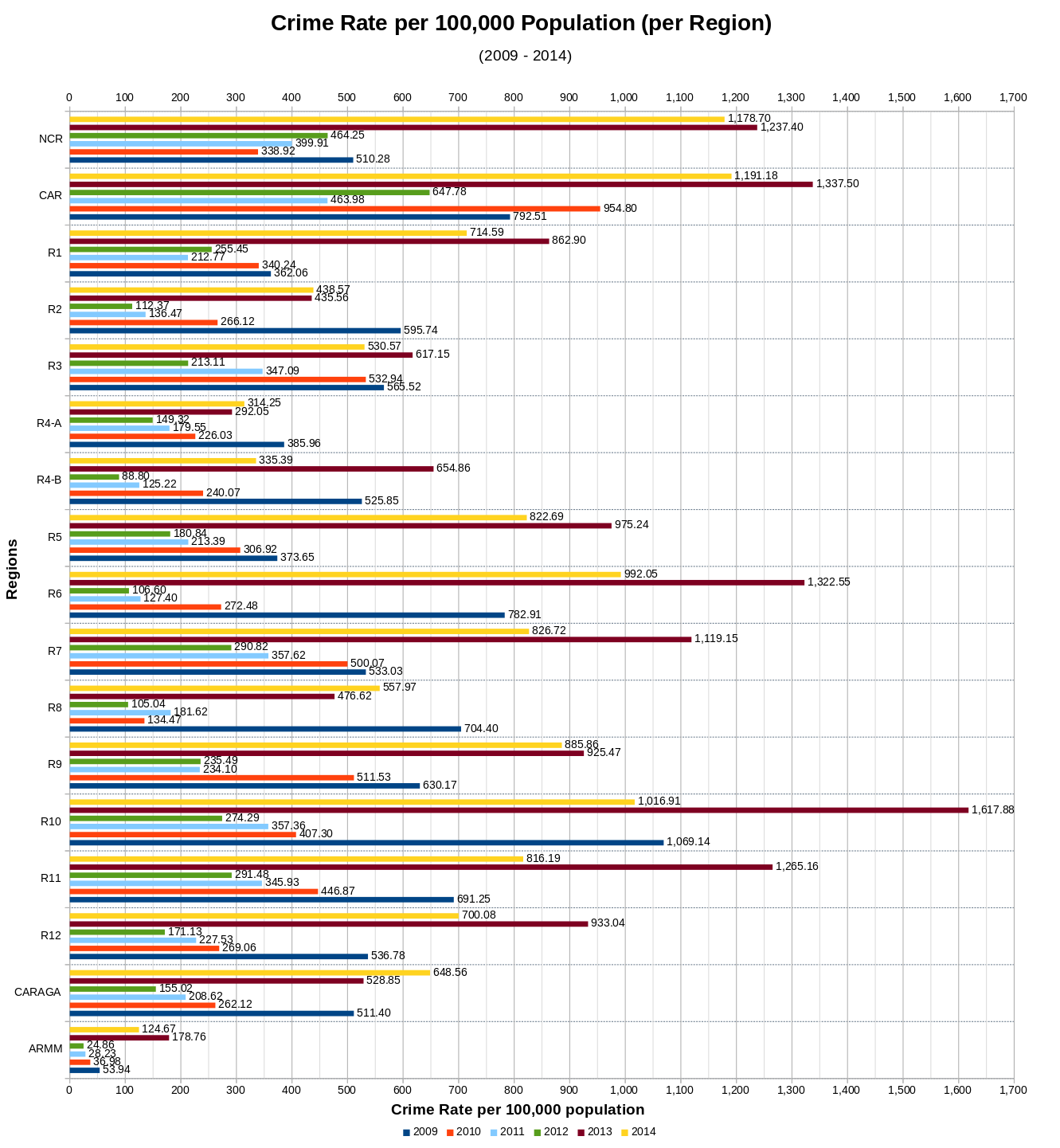 CRIME RATE RISING, RISING
The Autonomous Region in Muslim Mindanao, which had the lowest crime rate among the regions since 2009, saw its crime rate increase by 619 percent between 2012 and 2013, with the figure rising from 24.86 to 178.76.

In 2014, however, the crime rate in these 14 regions dropped while the remaining three regions went up — by one percent in Ilocos, eight percent in CALABARZON, and 17 percent in Eastern Visayas. Still, it was the Cordillera Administrative Region (CAR) that had the highest crime rate in 2014 at 1,191, followed by the National Capital Region with 1,178.7, and Zamboanga Peninsula (Region 10) at 1,016.9.

TOO MANY INMATES, FEW & CRAMPED JAILS 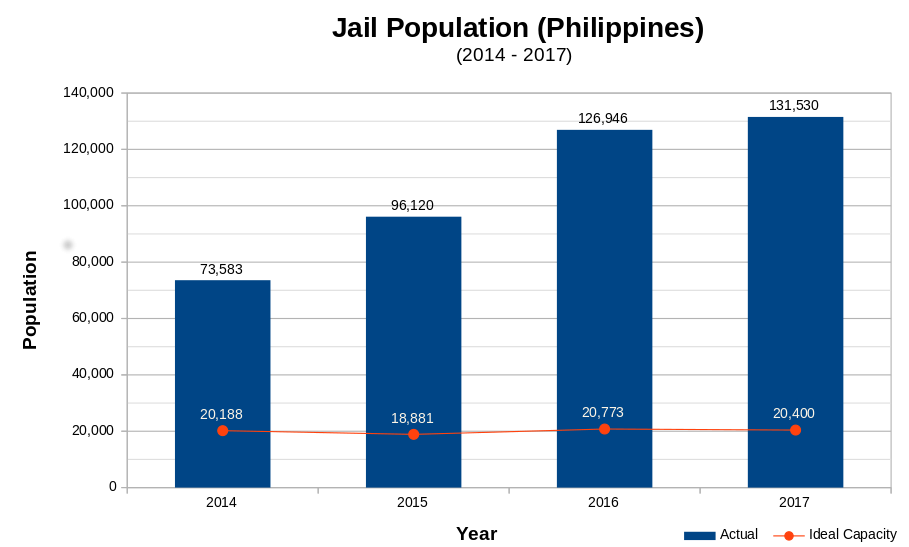 Over the last three years, the contry’s jail population has continued to rise.

Despite the bursting jail population, the government has built only six new jails since 2014, bringing the total number of jails to 466 nationwide. The BJMP puts the ideal cell area per inmate at 4.7 square meters. 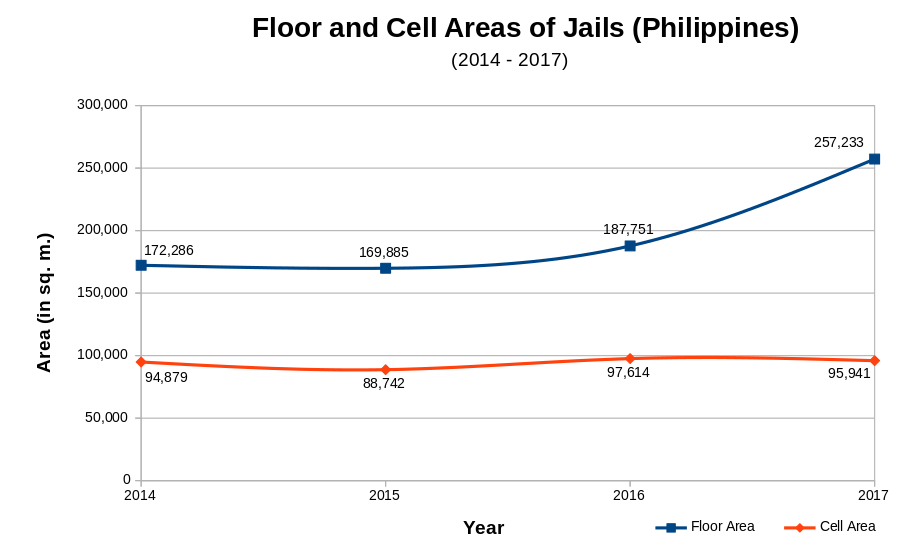 Figure 4. Floor and cell area of jails in the Philippines. Sources: Bureau of Jail Management and Penology (BJMP) and Philippine Statistics Authority (PSA)

Central Luzon (Region3) has the most congested jails of all the regions. It has 36 jails with a total cell area of 5,806 square meters, but also a total of 12,918 inmates, as of government’s January 2017 data. The ideal capacity of jails in the region should be 1,235 inmates only, or just 10 percent of its total inmates population. Central Luzon’s jail congestion rate stands at 946 percent, according to the Bureau of Jail Management and Penology (BJMP).

Region IV-A or CALABARZON has the most number of jails in the country with total cell area of 9,244 square meters. Its ideal jail capacity is only 1,963 inmates but the actual number of inmates it hosts is 19,773. Its jail congestion rate of 908 percent is the second worst in the country.

With only 16 jails, the Autonomous Region in Muslim Mindanao (ARMM) is the only region in the country with no overcrowded jails. Its ideal jail capacity is 275 inmates, yet its total jail population is only 255.

Across the nation, there are 466 jails with combined total cell area of 95,941 and an ideal capacity of 20,400 inmates. There are, however, 131,530 total inmates in all, putting the national jail congestion rate at a tragic 544 percent.

WHO ARE IN JAIL?

The total number of inmates in Philippine jails has risen without let-up from 2002 to 2014, data from the Bureau of Corrections (BuCor) show.

Figure 6. Profile of inmates by age group, from 2002 to 2014. Sources: Bureau of Correctuions (BuCor) and Philippine Statistics Authority (PSA)

Figure 7. Profile of inmates by educational attainment, from 2002 to 2014. Sources: Bureau of Correctuions (BuCor) and Philippine Statistics Authority (PSA)

Over half of all inmates in Philippine prison facilities have reached elementary level of education only, data form 2002 to 2014 of the Bureau of Corrections show. As of 2014, 20,712 or 51 percent of all inmates had access to basic education, including a portion who graduated from elementary schools.

Inmates who received or finished high school education acount for a third of the total population in jail.

Only 10 percent or 1 in every 10 inmates had a chance to go to college but only a small fraction graduated or received college degrees.

Figure 8. Profile of inmates by employment, from 2002 to 2014. Sources: Bureau of Corrections (BuCor) and Philippine Statistics Authority (PSA)

In terms of livelihood, a third of inmates in Philippine jails came from the agriculture sector — 6,564 in 2002 but reached 13,350 in 2014, or 33 percent of total inmates that year. Before landing in prison, they had worked as farmers or gardeners.

Inmates previously employed in Crafts and Trades, Information, Arts and Recreation showed a similar steady increase in numbers over the years.

In 2014, Inmates from Crafts and Trades comprised 12 percent of the total inmate population in BuCor’s prison facilities, while another 3 percent came from the Information, Arts, and Recreation sectors.
From 2002 to 2014, inmates from the Trades and Industry, Defense and Security, and Administrative sectors recorded declining numbers.

Inmates previously employed in the Administrative sector also decreased from 1,109 to 543 in 2011 to 582 in 2014. This sector is the smallest group of inmates in BuCor’s prisons.

The balance of 32 percent of inmates were listed to have uncategorized occupation or under the “others” category of BuCor. In 2002, this category had 4,229 inmates, a number that tripled to 12,837 or 32 percent of the total population of inmates, in 2014.

A majority of inmates had been charged with crimes against person, notably murder, homicide, physical injury, and rape. 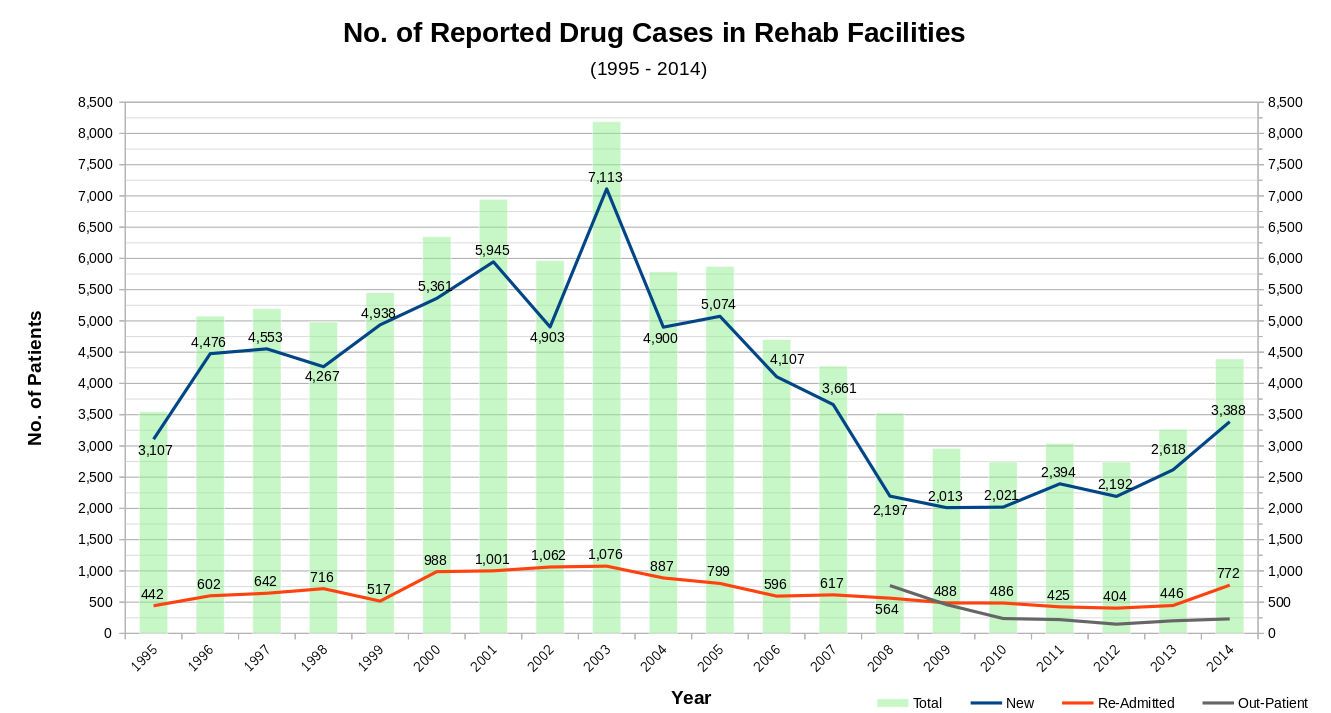 Over the last two decades, the number of residents in drug rehabilitation facilities in the country has risen and fallen, according to data from Dangerous Drugs Board and the Philippine Statistics Authority.

As of 2014, the ratio of male to female drug abusers was 12:1. Males account for a majority of reported drug abuse cases in residential and out-patient rehabilitation facilities. 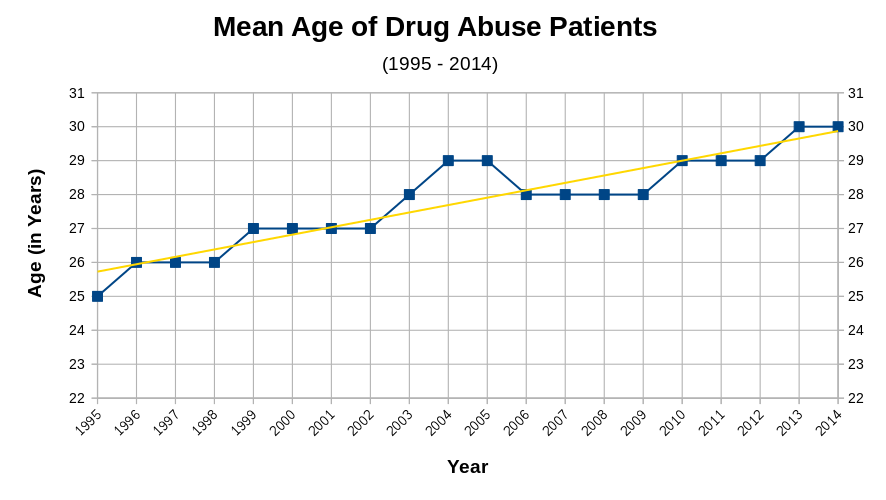 Figure 10. Profile of drug abuse patients by mean age, from 1995 to 2014. Sources: Dangerous Drugs Board and Philippine Statistics Authority (PSA) 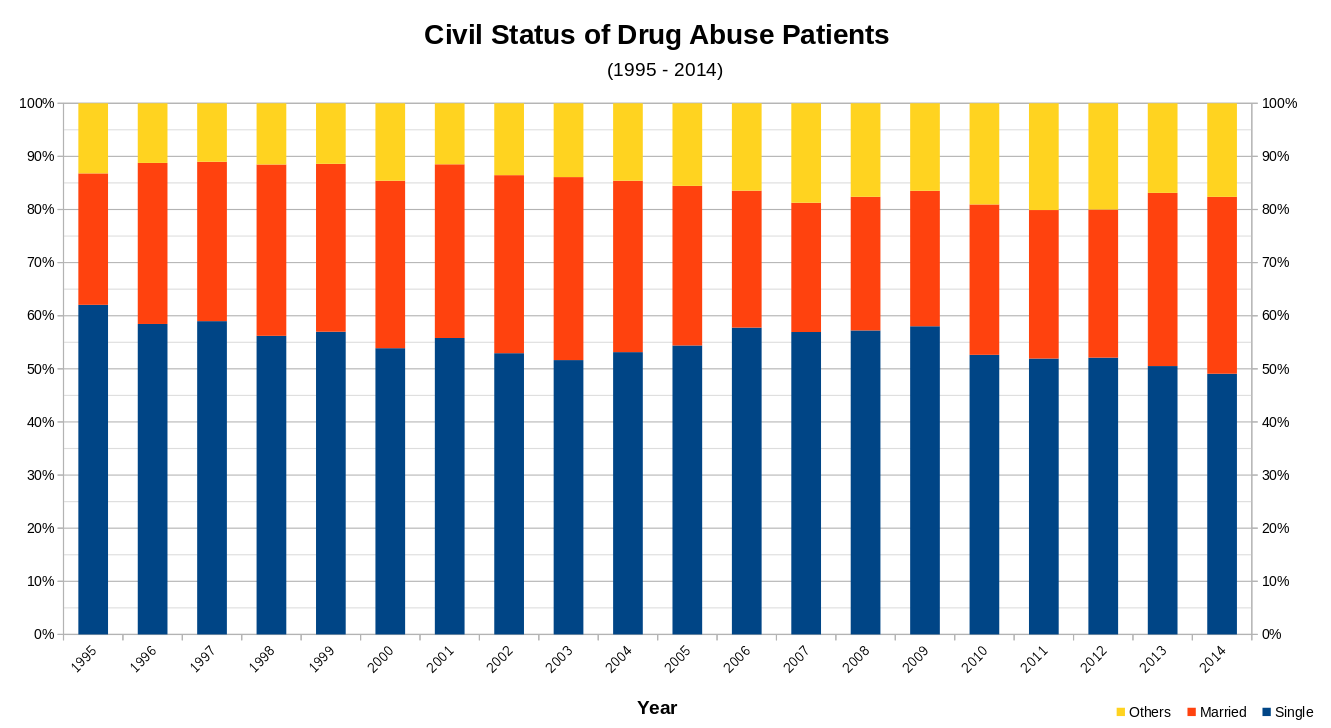 Figure 11. Profile of drug abuse patients by civil status, from 1995 to 2014 Sources: Dangerous Drugs Board and Philippine Statistics Authority (PSA)


More than half of drug abusers admitted in rehabilitation facilities from 1995 to 2013 are single, and only a third are married. 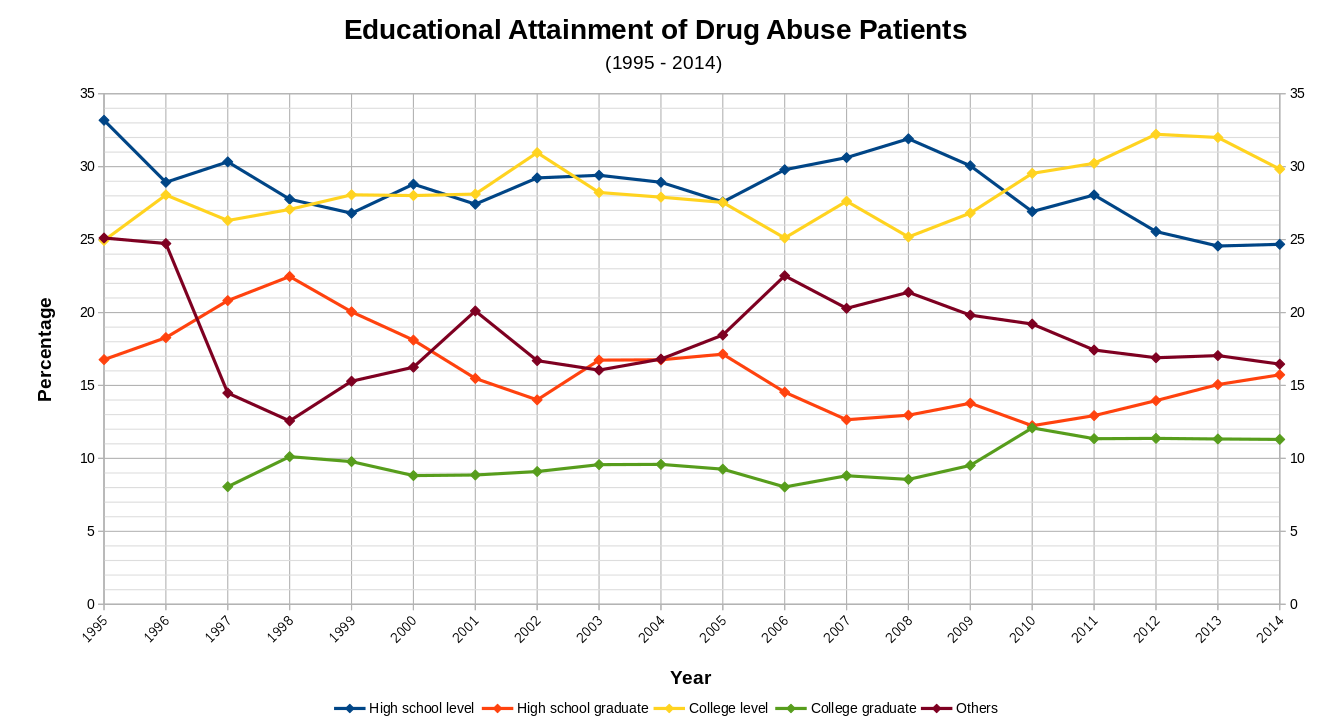 Figure 12. Profile of drug abuse patients by educational attainment, from 1995 to 2014. Sources: Dangerous Drugs Board and Philippine Statistics Authority (PSA)

In 2006, new ratios emerged: a third of drug abusers had high school education, and 25 percent, college education. From 2010 to 2014, drug abusers who had reached college level continued to increase in numbers, accounting for a third of all drug abusers in rehab facilities.

Data as of 2014 follow: 30 percent of drug abusers had gone to college; 25 percent had reached high school; 16 percent were high school graduates; and 11 percent college graduates. 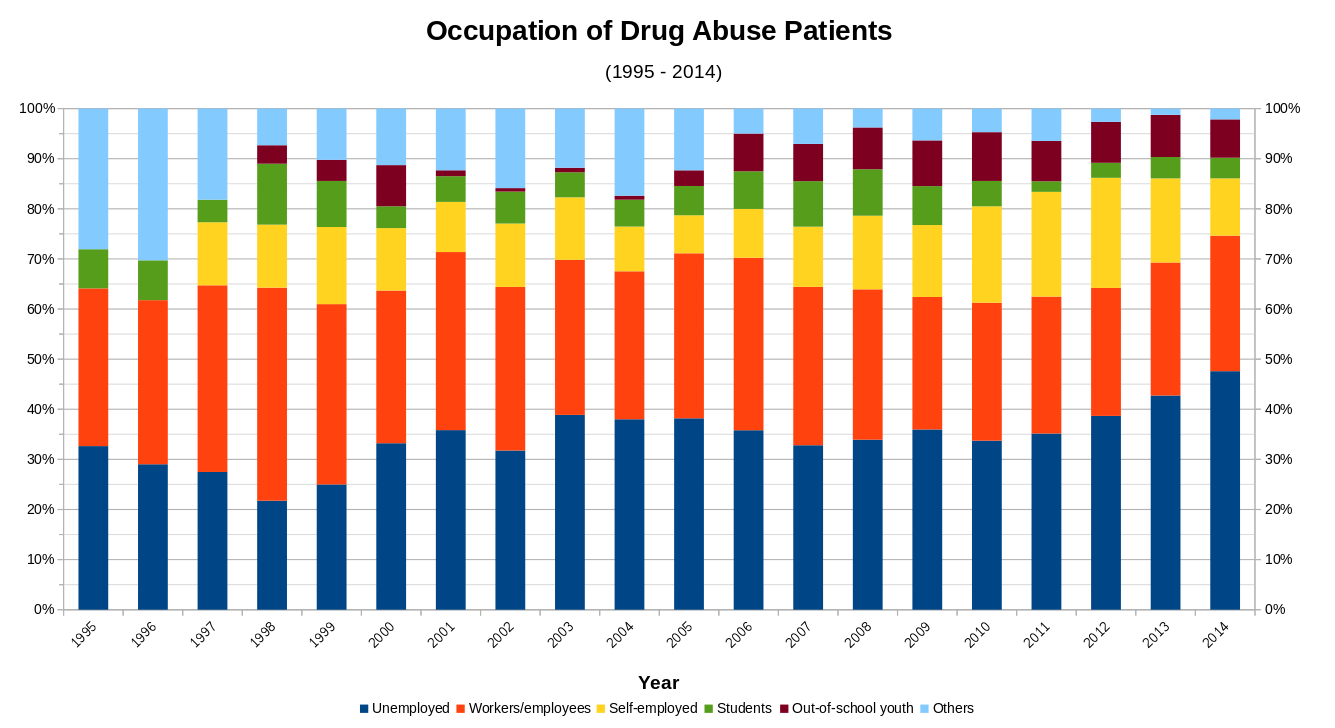 Figure 13. Profile of drug abuse patients by occupation, from 1995 to 2014. Sources: Dangerous Drugs Board and Philippine Statistics Authority (PSA)

Most drug abusers in rehab facilities today were unemployed. This is in contrast to the picture from 1995 to 2002 when most of the patients were listed to have been employed, including 43 percent of the total in 1998.

A majority, too, had been taking drugs for more than six years.