Sad stats on women and children

THE MAGNA CARTA OF WOMEN, or Republic Act No. 9710, passed into law on August 14, 2009, or over eight years ago. It affirmed the role of women in nation-building, assured the “substantive equality” of women and men, and declared as state policies the empowerment of women, providing them equal access to resources and development results and outcome.

Most important of all, the law acknowledged that the “equality of men and women entails to abolition of the unequal structures and practices that perpetuate discrimination and inequality.”

Affirming that “women’s rights (are) human rights”, the law committed the state to ‘intensify its efforts to fulfill its duties under international and domestic law to recognize, respect, protect, fulfill, and promote all human rights and fundamental freedoms of women, especially marginalized women, in the economic, social, cultural, and other fields without distinction or discrimination on account of class, age, sex, gender, language, ethnicity, religion, ideology, disability, education, and status.

Yet still, data from the Philippine Statistics Authority showed that in 2015, despite an array of laws on the protection of their rights and welfare, the Department of Social Welfare and Development (DSWD) in 2015 served or assisted over 150,000 women in especially difficult circumstances (WEDC). 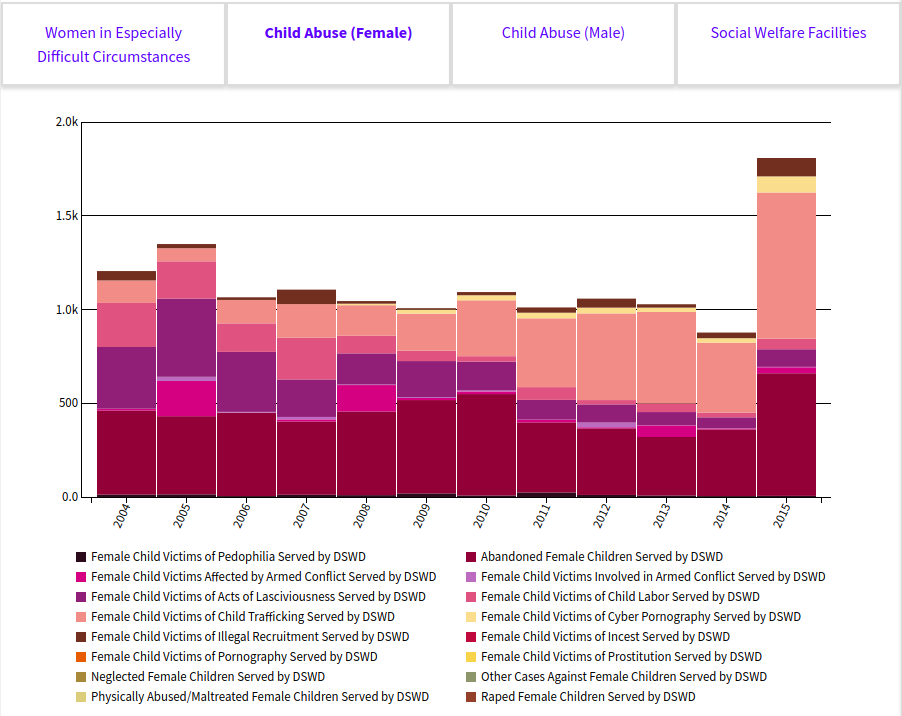 Female child victims of exploitation. trafficking, sexual abuse, and other crimes, 2004 to 2015.

This number excludes as yet possibly bigger numbers of women victimized by physical, emotional, and sexual abuse, and trafficking, among other adverse situations, who have had to suffer in silence and solitude, for lack of access to state assistance.

A mixed picture has emerged. In 2000, DSWD reported a substantial decline in cases of physical, emotional, and sexual abuse it has assisted, but also an unrelenting increase in cases of trafficking victimizing women. 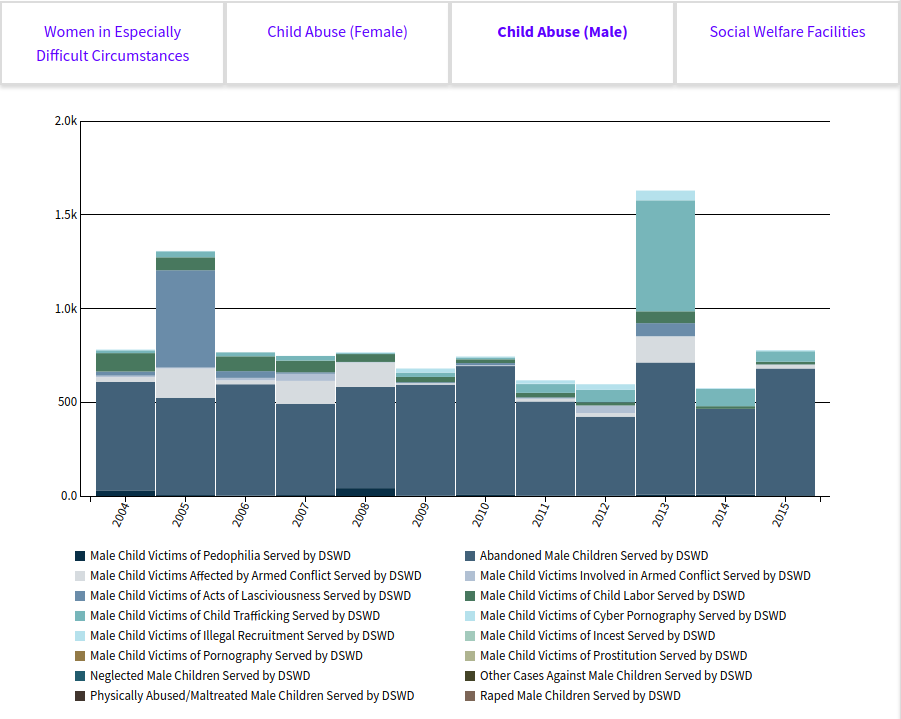 Other than the women, female and male children have also fallen victim to abuse and exploitation. Over the last decade, the DSWD’s workload has been dominated by cases of children who had been abandoned, neglected, sexually abused; dragged into prostitution, pornography, child labor, and illegal recruitment; or even engaged in and displaced by armed conflict.

Yet again, a mixed picture of progress and regress is unfolding. More and more Filipino girls are falling prey to trafficking and cyber pornography operators since 2004. Cases of Filipino boys being abandoned and neglected have decreased in numbers. 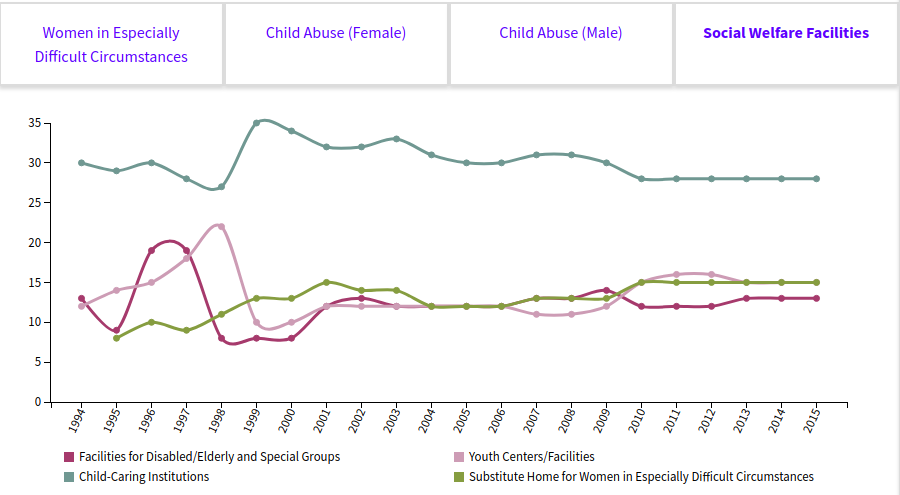 Social welfare facilities in the Philippines for women, children, and the elderly, 1994 to 2015.

By 2015, the DSWD said there were 71 facilities, public and private, catering to the social needs of children, youth, WEDC, disabled, and elderly.

Have we done right and enough for our women and children?

Check out Social Services data from 2004 to 2015 in PCIJ’s MoneyPolitics Online.