The State of Philippine Media, under Duterte

IN the last 34 months under President Rodrigo R. Duterte, cases and incidents of attacks and threats on the Philippine media continue relentlessly, with hardly any major efforts at investigation or solution by responsible state agencies.

To mark World Press Freedom Day on Wednesday, May 3, the “Freedom for Media, Freedom for All Network” released its third semestral report on The State of Philippine Media under the Duterte Administration.

The Network is composed of the Center for Media Freedom and Responsibility (CMFR), National Union of Journalists of the Philippines (NUJP), Philippine Press Institute (PPI), MindaNews, and Philippine Center for Investigative Journalism (PCIJ). 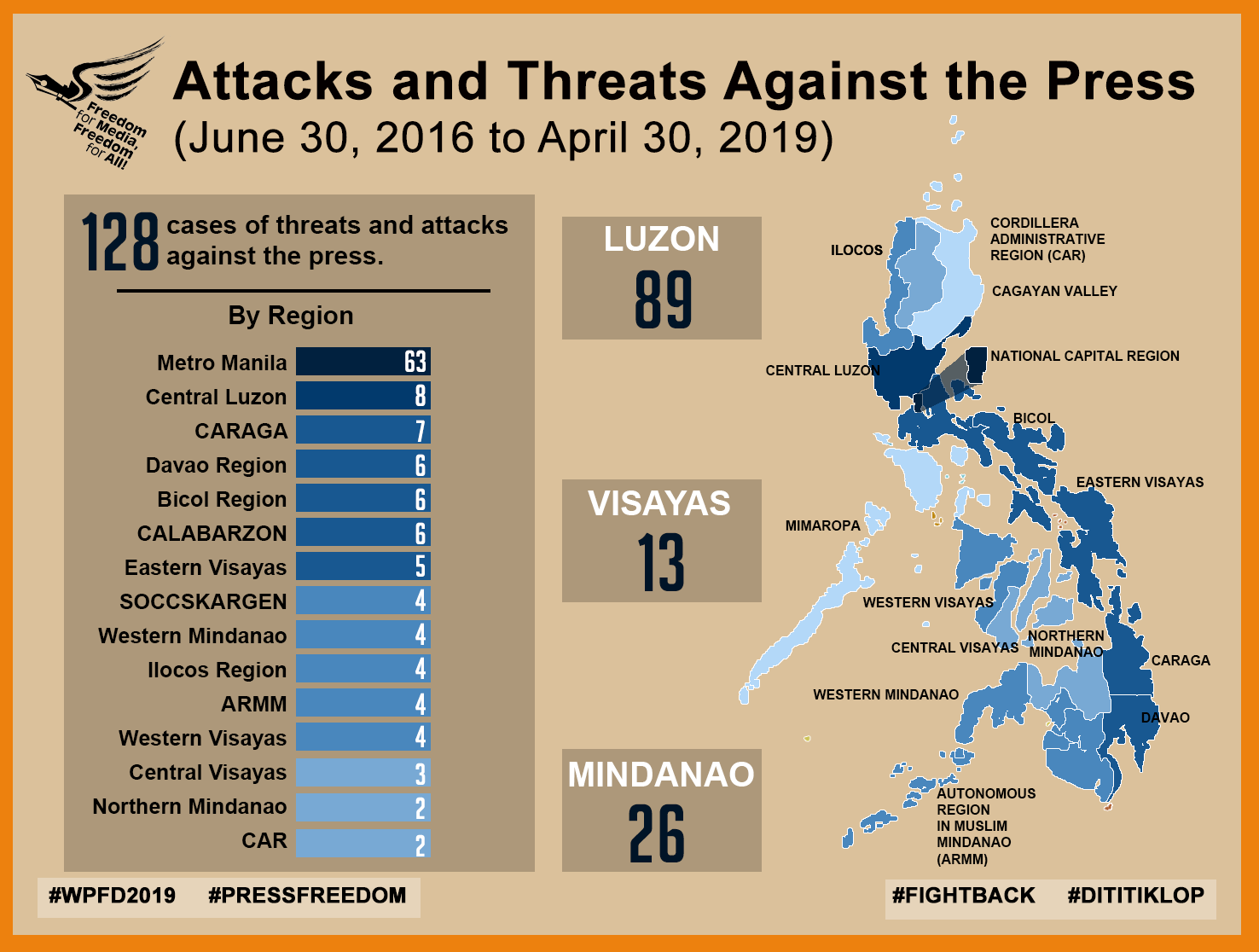 From its second report released on Nov. 23, 2018 — the ninth anniversary of the Ampatuan Massacre — the latest report shows:

* An increase in the number of cases of “Killings, Attacks, and Threats” from 99 cases/incidents to 128 cases/incidents, across media platforms across the nation, in the last six months;

* A significant increase — from six to 16 cases — in the number of incidents of intimidation, including “red-tagging,” visits by police teams to the offices of certain media agencies, and the exposure of independent media organizations and their officers and staff in the so-called “associational matrix” of an “oust-Duterte plot”;

* A significant increase in the number of threats and harassment of online news organizations from 30 to 50.

* A significant increase — from 10 to 16 cases — in the number of DDoS attacks on alternative media sites; and

By gender/entity, the attacks had targeted 66 males and 33 females, and 29 media organizations.

By medium, of the 128 cases/incidents of attacks and threats on the press, online has shot to top spot with 50 cases, followed by radio with 36, and print with 25, television with 13, multimedia with 3, and photojournalism, 1.

By island group, the 128 total cases include 89 cases recorded in Luzon, 26 in Mindanao, and 13 in the Visayas. 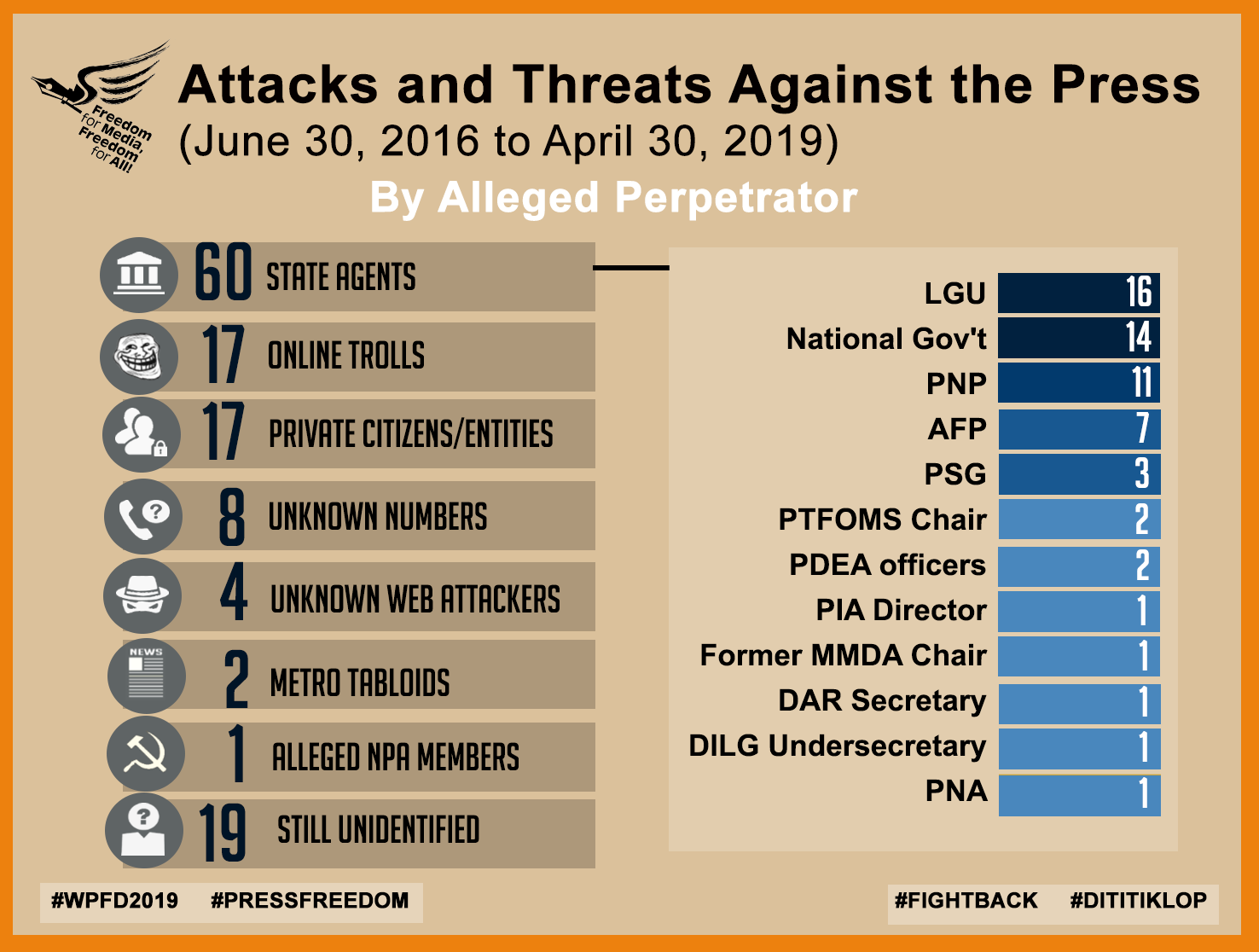 By alleged perpetrator or suspect, nearly half or 60 of the cases involved state agents or public officials.

THE STATE OF PHILIPPINE MEDIA: Relentless Attacks and Threats Online, On Ground, Across the Nation

Case Files: The 12 Journalists Killed Under the Duterte Administration